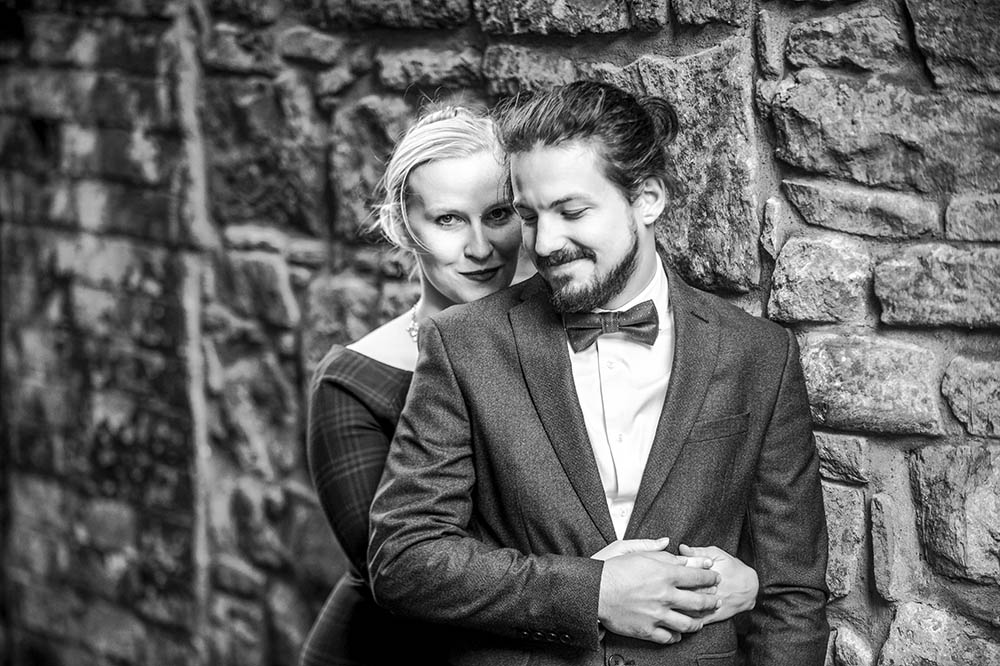 An American Elopement in Edinburgh

Lothian Chambers Registry Office Elopement. I guess at least in the last two to three years more and more couples are holding smaller weddings and throughout the years I’ve been working as a photographer I’ve had quite a few couples elope from different countries just to get married here.

I personally think this is lovely and while families may feel left out, from the bride and groom’s point of view I can understand that they might want a small private ceremony away from the pressures of families and friends. Emily and Stephan were one of these couples, having eloped from Toronto. Emily came to Edinburgh a few years ago for a holiday and while Stephan hadn’t been here before, Edinburgh must have made so an impression that she chose to come back here and get married at Lothian Chambers Registry Office.

The booking for this wedding came through Emily’s father Jeff. Jeff made it really clear to me that he couldn’t make it here and it was imperative that I capture loads of photos and we really did on the day (over 400 in just 2 hours). The ceremony was typical Lothian Chambers, short but sweet, and then we took some photos inside the mezzanine followed by photos around St Giles, one of the closes down the mile, the writers square and a couple other locations.

Liv acted as a witness and we had a really childish but really funny in hindsight incident on the way. I always like to arrive really early to weddings (just in case of traffic, any hold ups etc) and we arrived in town around an hour before their wedding so we parked at the NCP in Quartermile and popped into Starbucks. The Starbucks at the top of the meadows is always really busy so we had to wait a wee while so me being the big child that I am, I took both of Liv’s hands and drew some pictures on her hands. One was a stick figure with giant boobies and on the other hand a drew a big hairy penis.

So, we got to the venue, met Emily and Stephan, had a chat for a while then headed up to the City of Edinburgh Suite where they got married. For the first time in all of the weddings that Liv has assisted me, the registrar asked Liv to be a ring bearer. So there we are with Liv with two rings in her hand a giant hairy penis underneath. Thankfully I managed to wipe the pen off but Stephan and Emily thought it was hilarious anyway.

I also managed to drop and break my main camera at the end of the ceremony (Nikon D4 with a 70-200 2.8 lens attached). Liv and I acted as witnesses and being right handed I always put my camera down to my right when I do something. This time I put it to my left, forgot it was there and knocked it off a chair. Shit! Bent the lens mount (£88 repair that was fixed by Cameratiks in Morningside in 2 hours!!!) but thankfully nothing else broken.

So that’s it, we ended up going to the pub after, had a good chat and a lot of laughs. I absolutely love doing those elopement weddings and can’t wait for the next one.